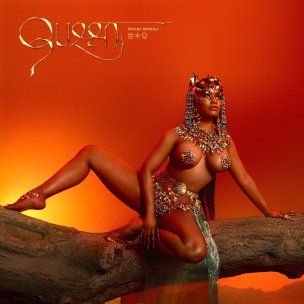 For full disclosure, I’m a Nicki fan and have never steered clear of admitting this even when I have to express my disappointment of some of her actions (e.g. her commentary on sex work). At the first playthrough, I found myself infatuated by the overall sound of the album, the seamless transitions between the songs, and variation of the imagery in the lyrics and sounds of the beats.

Like most Rap fans who genuinely enjoy hearing *Black* women Rap, I often have to wait a moment and listen to the music on my own as a means of weeding through stans, perpetual critics, and people who generally hate anything and everything a Black woman does no matter what. 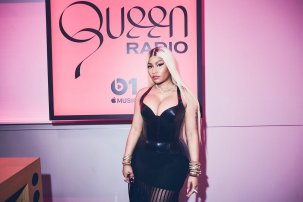 I am, however, enamored by several tracks on the album and feel the tweets, posts, and reaction messages are warranted– finally. I say this because while I love Nicki, I have not liked any album as much as I’m enjoying Queen since Pink Friday and that is really hard to admit both publicly and in written form. This isn’t to suggest that I thought Nicki’s albums were bad. Again, I. Am. Not. Saying. Nicki. Ever. Had. A. Bad. Album.

I always appreciate artists pushing their creativity and trying new things. This is what Nicki did with Roman Reloaded and Pink Print. This is what Kanye did with MBDTF and 808s. This is what 3 Stacks did if you listen to his sound on Southernplayalisticadillacmuzik versus Speakerboxxx/Love Below.

Queen sounds like a return to Nicki’s earliest sound on Pink Friday and the lyricism that made many of us fall in love with her. The samples on the album are reminiscent of 1990’s Rap heyday particularly those on Barbie Dreams, Good Form, and Coco Chanel. While the tracks on Queen have a range from critiques and call outs of male attention and affection, reminders of her lyrical growth and personal development, and even showing ownership of her body; there are, however, some places where Nicki seems to show she has yet to learn from constructive criticism. Though I hope Nicki will continue to grow and learn from her fans and even the commentary from her critics, I would be lying if I said I was not in love with this album so far…

All that said, my personal favorite tracks on the album (in order) are–

I’m excited to continue listening to the album and see how the tracks make me feel as time goes on. However, it’s still early and I’ll be curious to see what the mainstream says. *eyeroll* Have you all heard Nicki’s new album? What are your favorite tracks? Sound off in the comments/ on twitter and let me know.