Mama was the first sista I ever cited and was my introduction to Black womanhood and Black Feminism. Long before I took up room in the academy, Mama taught lessons about agency, an ethic of care, resistance, joy, and love. Mama’s words and experiences were legitimate sources of knowledge and her ideas were my tools for analysis. As I’ve grown into my own person, our ideologies have diverged at many points and the way we do our work looks different, but there is most often a profound respect for each other as mother and daughter and as grown, independent people.

Mama did a perfectly imperfect job of teaching my sibling and I the balance of independent decision-making and community interdependency. She was intentional with us, and regardless of how lessons or manifestations of those lessons showed up, she (for the most part) would talk us through them.  Because of her commitment to us being our own, but connected person, my sibling and I live across the country from her while still being purposeful in our connections and in our grounding.  She’s proud of us, thankful that her investments paid off “in adult children who can make decisions on their own, who know who they are, who advocate for themselves, and who will be alright when I leave this place.” We’re proud of her too. She’s such a cool kid.

Mama played short and long ball with advocacy, agency, and resistance. My sibling and I are her long ball, but getting us to adulthood was short ball. Her advocacy showed up in the small moments, like her advocating for therapy as a general practice as I entered adulthood because, as she put it, no parent, regardless of intention, was perfect, and that this world didn’t care about Black girls’ and women’s trauma or parent issues. Mama had strict parenting practices. That’s what parents who love you do when they don’t have the economic or other capital to leverage/negotiate on your behalf if/when things go left. She was honest in that she told us that she didn’t have the luxury to raise children who couldn’t advocate for themselves and who couldn’t be resilient. Again, this world wasn’t created for Black girls and women. I appreciate that she told us that the world wasn’t fair, but would raise hell when folks acted unfairly or unjustly toward us. That’s how she rolls. #IGetItFromMyMama 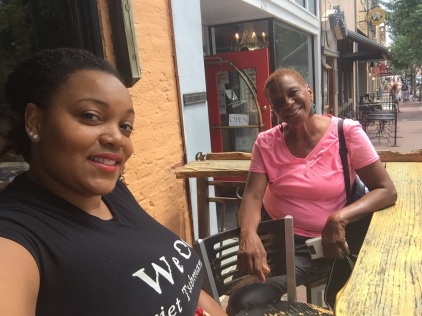 As an adult child and someone who still considers and desires parenthood for myself, one of the realest things Mama taught me was through her commitment to herself as a person. In a society that requires and idolizes sacrifices by mothers’ (and other caretakers), she resisted the narrative as much as possible. She made time for herself in the midst of raising two kids and keeping all the parts to life moving (as smoothly as possible, when possible). She did small things (that I hated when I was little lol) like telling us to not come to her bedroom door before 8 AM on weekends and telling us “no” she was tired and needed to rest, as well as committing to her daily power walks and sending us outside to play so that she could read in quiet. These things were subtle, explicit, and efficient ways for her to prioritize herself, a practice that I value dearly as an adult. She often reminds us that she chose to make personal sacrifices for her children, and while I hear her agency in that, I think of all the things she chose/”chose”/had to release (in the immediacy and in the long term) in the name of motherhood. As a society, we’ve got to do better by mothers, parents, and caretakers. 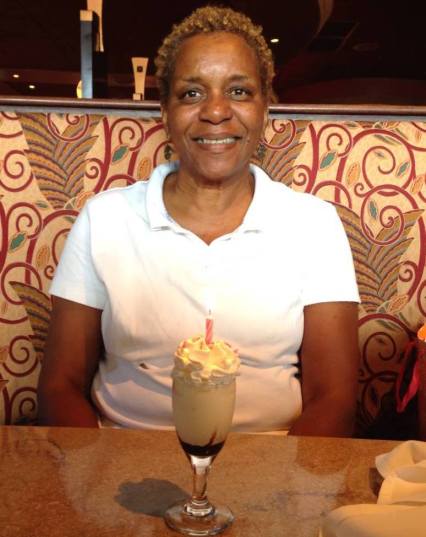 I use the captions #IllAlwaysLoveMyMama #ShesMyFavoriteGirl for our pictures/selfies. She really is my all-around favorite. She’s this extrovert’s favorite social introvert (that’s code for she’s friendly but she don’t fool with a bunch of people lol). She’s this pay-full-price-for-convenience shopper’s favorite  thrifter because she always finds the best deals at estate sales. When we get on each others’ nerves, because that’s what happens with two grown, independently thinking people, I still wouldn’t trade her for anything. We don’t look much alike, but if my soul had a face, it’d have her nose, eyes, and lips. I am who I am because of her love, her commitment to me being my own person, and her fierce advocacy from Day 1. I don’t like to imagine life without her, but I know that it is eventual. So, I give her her flowers while she yet lives. She’s my boo. I love me some her. I’ll always love my mama. She’s my favorite girl.