Okay, maybe not love; but, Twitter, Instagram, Snapchat, and even Facebook have been, for as long as I can remember, ways for me to keep in touch with people from various stages of my life.  Yet this summer when I completed an internship with a mentor and began to think about the things I wanted to accomplish before graduate school ends in May, something changed. My friend Qua’Aisa often colloquially refers to pre-graduation accomplishments as a “graduate school bucket list” and it has stuck with me ever since. I began to realize that I was spending a lot more time sharing and scrolling through my life and the lives of others than I was living intentionally amongst people with whom I wanted to create memories.

I often joke that I go to bed so late and wake up so early that I nearly pass myself in the hallway.

And while that’s true and I’ve been very productive for the last few years, I realize that productivity came at the expense of sleep and taking care of myself because I was using bedtime for aimless scrolling. Since summer began, I’ve been sleeping more, eating better, and working out exponentially more consistently. So what does that have to do with social media? My uptick in self-care is directly tied to my downtrend in social media scrollage . I used to wake up at 5 or 6am to theoretically be productive and center myself only to realize an hour had passed and all I’d accomplished was failing to sleep and mindless scrolling. But the change in social media algorithms has gone on to make this increasingly visible because when I was mindlessly scrolling things started to look familiar. And then I realized: I was seeing the same. five-ish. posts. all. the. time.

So I said no more.

No more spending time in spaces that drained me emotionally.

No more being entangled on websites that would often lead to drama .

So what did I do? And how did I do it? I took the liberty of deciding to–

Typing that out somehow feels harder than actually doing it or having done it. 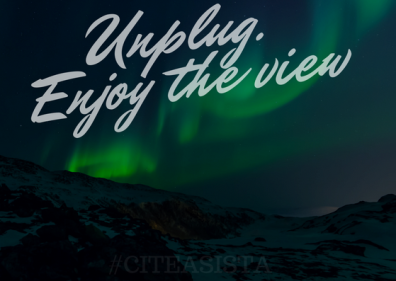 My plan isn’t to completely run away from or stop using social media altogether. But it is to be more intentional about how much time I spend aimlessly scrolling and the messages I’m digesting and internalizing as a result of my social media usage. It’s also to allow myself a bit more room to enjoy sifting through my dissertation data and write up–no matter how messy and to finally complete some manuscripts I’ve been working on for over two years. Okay, so maybe this isn’t simply three reasons I decreased my social media usage in a neat little bow. But I share my story to say it’s okay to decompress. And when people go on social media sabbaticals or decide to engage these platforms at arms lengths, we need not continuously question them about what’s wrong or what happened. In my case? I realized I spent much more time LIVING and enjoying my internship when I wasn’t worried about documenting every piece of it or seeing what everyone else was doing.

I’ll be back online for things that matter to me like #CiteASista chats, sharing my travels, amplifying important writings and research by Black women, and even acknowledging some of my dissertation milestones. But I won’t be online to engage spaces that drain me. I won’t be online to debate or argue points with people who are not interested in the actual exchange of information. And no, I won’t be online to see what else is going on in this government of mine and discussing it in an echo chamber.

Instead, I’ll be spending that time hosting Sunday brunches with friends and making Sunday dinner with my parents and sister. I’ll be writing up the stories of women who’ve entrusted me to shed light on the sometimes volatile field I seem to have committed myself to. I’ll be watching TV shows and movies that bring me joy like Mamma Mia, Grey’s Anatomy, and The Legends of Tomorrow.  I’ll be hiking the Seven Wonders of Georgia. I’ll be moving through multiple European countries to enjoy people, sites, sights, and foods I thought I’d never experience when I was younger (I’m not that old). 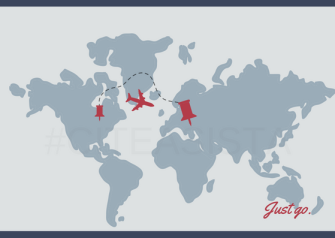 I’ll be living my life on my own terms without the pressures I’d previously placed on myself to do social media. And I’ll do so without feeling like I am traipsing through life on an auto scroll. I write this because I find it amusing that the very things that have saved me and propelled me thus far (#CiteASista, #SisterPhD, #FirstGenDocs, etc.) are the very things I’m still engaging but have also led me to move back and take rests from for my own health and sanity. This is not a plea for people to self-reflect, a critique of others who share nearly every piece of their day online, nor is it a call to action… It’s simply a post by a woman who has helped create online communities explaining in those same places a why I decided to step back from the performativity social media requires. It’s my way of doing something not because something is wrong, but because I needed to care for me before something became wrong.

Cheers to personal growth and self-reflection after unplugging.